The interviewee has a wide background spanning food technology, captive animal management, education, and has worked with NSW Fisheries, looking after Black Cod in captivity. For the last thirty years he has scuba dived and snorkelled, spear fishing on a weekly basis, supplementing his family’s diet with fish and crayfish.

Originally from Sydney, he moved to the far south coast for its affordability. He and his partner also wanted to live near the water. His partner swims and snorkels at the beach; he notes the social aspect of these recreational activities for family, friends, and children.

The interviewee monitors seasonal changes and migration patterns of crayfish, in monthly moon cycles. He has observed an increase in crayfish populations, crediting regulations implemented by fisheries in the late 1990s, rather than marine parks. While he supports marine parks, he feels that selective exemptions in sanctuary zones, such as shore-based fishing, results in their ineffectiveness due to people taking advantage. He has observed a polarisation in the community with respect to marine parks, and feels that more education is required, as well as concerted coordination between Fisheries, Marine Parks, and Local Government Areas in order to have better outcomes for everyone in the community. For instance, marine environments cannot be considered in isolation – they are impacted upon by terrestrial, land-based development, hence the need for holistic governance. He mentions the Murray Darling Basin Plan consultation as an example of community ‘disengagement’. 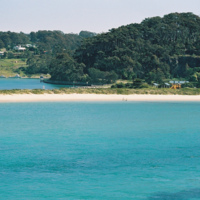