An interview in four parts with Raymond Donald and John McKenzie.

Born in 1926, Raymond Donald was a technician at the Snobs Creek Hatchery for thirty-five years. During fieldwork trips, which could last for several weeks, not only did Raymond set nets, angle for brood stock, and process fish, but he also ensured camp life on trips went well. Renowned as a great camp cook, teams would catch game to supplement the provisions they carried with them.

Raymond talks about: growing up in Eildon and living at Rhonda on the Goulburn River; working on the Goulburn River from the headwaters to the Murray; working on Trout Cod at Snobs Creek Hatchery; finding diseases in fish species; stations at Yarrawonga, Echuca, Mildura, where they trapped fish; being the first in Australia to artificially breed Macquarie Perch; migration of fish from Lake Eildon to Jamieson, Goulburn; water temperatures and spawning; plankton surveys in billabongs and flooded rivers; days before radio transmitters, tagging and tracking over twelve-hundred Golden Perch; the effect of 1956 and 1958 floods on fish species; camping and cooking bush tucker on field trips; translocating Murray cod from Lake Charlegrark; impact of European Carp on Catfish, 1970s.

Born 1947, John McKenzie initially worked at Fisheries and Wildlife, and then Freshwater Fisheries on the Murray. He was involved in early development of radio tracking, and was involved in fieldwork with Snobs Creek Hatchery.

John talks about: his work with Fisheries and Wildlife, and Freshwater Fisheries on the Murray; sampling fish for growth rates, age, stomach content; tagging and tracking native fish with radio transmitters; work with Arthur Rylah Institute; techniques and chemicals used to catch/sample fish; coexistence of Redfin and Catfish species; disconnection of billabongs from rivers; and electrofishing revolutionising sampling.

Unmediated licence agreement. Interviewee's consent condition: John's consent is unclear and Raymond has selected access restrictions but not specified what they are. 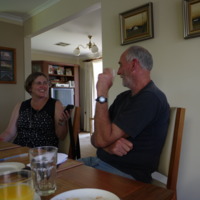 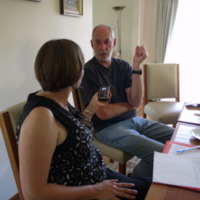 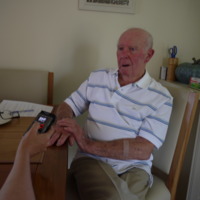 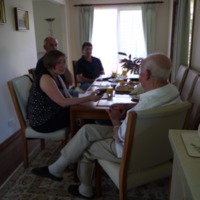 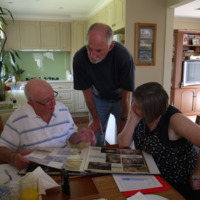 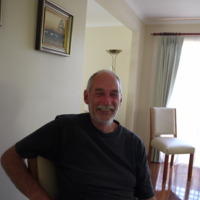 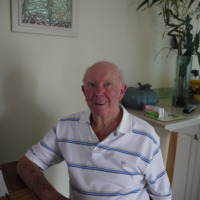 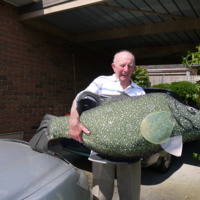