An interview in five parts with Wally Cooper, a Moitheriban man, and Pat Larkin.

Wally talks about traditional fishing, fishing women, tickling fish, fishing with spears, hand lines, baiting, canoe fishing and diving for Crayfish. He also mentions cross lining and the use of drum nets in floodwaters. He marvels at the dexterity and play habits of water rats, and reflects on their scarcity. He discusses their history of being hunted, skinned, exported, and in some cases, eaten; He says it is customary that only male elders eat water rats and use their skins (men's-business).

Wally and Pat refer to a chemical era, when DDT and Dieldrin were used as a pesticide on vinyards and Tobacco crops along the River. They talk about the chemicals, their effects on native fish, the contamination of farmland, and the ecological footprint of Tobacco growing itself.

Also mentioned: Flemington; Barmah Muster; River Improvement Trust; Department of Sustainability and Environment; Rex Hunt; Erni Briggs; Charlie Carp; the huge influx of silver perch in either 1954 or 1957; the changing structure of the river influenced by the removal of snags and willows. 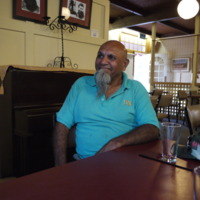 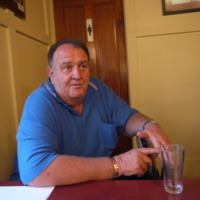