An interview in four parts with Barry Porter.

Born in 1949, Barry lives in Berri, in the Riverland area. Having worked on a pile driving barge and worked most his life on the river, Barry has extensive knowledge of locks and weirs from the Murray mouth to Euston (Lock 15). He currently monitors and models salinity in the Murray and Riverland area and also grows capers and caperberries. 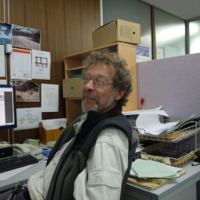